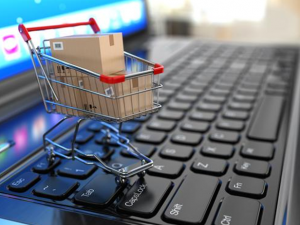 So you’ve been delaying it. No, no, it’s fine, just admit it: you hoped it wouldn’t happen yet. But the speed and suddenness of the rise of mobile seems to have taken everyone by surprise: almost from one day to the next, mobile seems to have matured and gained ascendance in the market.

So the jig is up, it’s finally unacceptable to delay what we all knew deep down was inevitable. The future has arrived, and it fits right in your pocket. Gross numbers of mobile browsers overtook desktop browsers sometime this year, so it’s time to sink or swim. Last quarter alone saw stunning mobile growth, 141 percent. Now, it’s safe to say that having a plan for mobile is no longer optional: it’s downright required for any competent business plan. In the future, it’s even possible to expect that desktop will be the platform that feels like an afterthought.

But there is one crucial difference between mobile and desktop browsers. Even now, even when mobile browsers equal desktop in number and search volume, they still convert far less. For a while, the tendency was to attribute this to the fact that mobile websites are harder to use. But actually, it seems that it doesn’t matter how polished your mobile site is, either, your mobile browsers will still tend to buy less, and with smaller basket sizes than their counterparts on desktop. Why is this?

One reason might simply be unfamiliarity—people feel more comfortable spending money in the format they feel most comfortable with. Perhaps people tend to be a bit more cautious with their personal information, like credit card numbers, on mobile platforms. This natural caution people have with unfamiliar purchase processes is something that goes away over time, and then it wouldn’t be a very big deal.

Another way to explain this disparity in conversion rates would be to hypothesize that consumers are simply more inclined to just do their research on mobile while leaving the actual purchase process for desktop. This could be for the same reason postulated before, that people feel more comfortable with their desktop computers, or it could be another reason: any way you look at it, it’s just much easier to input information with a keyboard then by pecking it onto your phone’s tiny screen. If this is the case, if consumers are migrating from mobile to desktop just to do the purchase process, Facebook’s new ad platform Atlas should be very useful in the future. It also says that the industry just hasn’t gotten mobile checkout completely right yet.

One way to try to settle the debate is to take a look at other markets. Some markets, notably China, have far higher mobile penetration rates than the good old US of A. This is mainly due to the “leapfrogging” effect: newcomers tend to adopt the most advanced technology available, so it sort of makes sense that new Chinese citizens of the internet would gravitate toward tablets and mobile in general over the more antiquated (and expensive!) desktop platform.

So: China’s market is, in some ways, more mature than that of the US. What else can it tell us. One way to look at this is to look at Alibaba, which recently held the largest IPO ever. Having cut its teeth it the rough and already-mobile Chinese market, Alibaba is a mobile expert and looking to take those skills abroad. So, $25 billion later, the investor class at least seems to have stopped worrying and embraced mobile, or at least, Alibaba’s approach to mobile.